There are many kinds of fundraisers that you can use to bring in more money for your school. Some are pretty common, like having kids sell popcorn or candy at certain times of the year, and those fundraisers can be boring and predictable. Here are three more unique fundraiser ideas to try that encourage the community to become involved with your school.

Have a Pumpkin Painting Contest

For schools that want to grow their own pumpkin patches, selling pumpkins and having a painting contest can be a great way to bring in funds. Sell each pumpkin for a few dollars, and then ask that the person who purchased it paints it and returns for the painting contest. You can use a portion of the proceeds for a prize for the best painted pumpkin, or ask local businesses to donate a prize.

Have a Craft Fair for Kids

Many schools have craft fairs where they sell other business's goods, but schools don't often sell children's handmade items. Instead of having a traditional craft fair, have students create a few pieces each, then set them up with their own sale tables in the gymnasium. Parents and friends come to the craft fair to support their children, donating when they make a purchase. Each item doesn't have to be priced; instead, offer the goods for the price of a donation. This actually encourages people to spend what they think an item is worth, which may be more than you would have priced it.

Have a Small-Scale Olympics Competition

Another fun way to get kids engaged in sports while bringing in funds is to have a school-wide Olympics competition. You can have children sign up for different activities or make them compete as classes. Some activities you might include are track and field, swimming or soccer. Parents, friends, and the public should pay a fee to come watch the school Olympics, but it doesn't need to be much. Instead, make your money from selling t-shirts, concessions, and photos from the day's events.

These are just three of many different kinds of fundraisers you could try. Make sure to promote the fundraisers with advertisements or radio spots, which you may get donated to you if you ask the businesses to donate as a sponsor at your event. Encourage your community to be involved; a close-knit community is one that appreciates and takes care of its children. 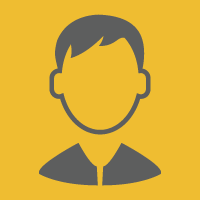 3 Reasons Why It's Wise To Invest In Home Inspections
10 January 2023
Investing in property is wise because it gives you long-term security and wealth. For example, purchasing a home helps provide shelter for your family …

3 Benefits Of Working For A Temporary Employment Agency
8 November 2022
Employment is incredibly important for living your life, paying bills, and surviving. Luckily, there are many ways you can find jobs, including via te …

4 Ways You Can Benefit From Bulk Kratom Capsules
13 September 2022
Some people may like using herbal medicine to treat a wide range of illnesses and conditions. Kratom is an example of a herb that can be used for a va …